At Northwoods Pediatric Center, P.A., your child’s complete health is our top priority, and we pride ourselves in providing personalized and compassionate care to every child who comes to see us. We are dedicated to fully educating you about your child’s developmental and health care needs. We provide prompt treatment for health issues when your child is sick and preventive care measures when they are healthy, so your child can have a wholesome, healthy, and memorable childhood. We hope to develop an alliance with you and a special relationship of trust and confidence as you travel on the rewarding journey of being a parent.

Dr. Shah founded Northwoods Pediatric Center on May 1, 2000. He completed his post-graduate, pediatric residency training at The University of Kansas Medical Center, in Wichita, Kansas, where he was awarded the Resident Research Award of the Year. He obtained his medical degree from Dow University of Health Sciences – Karachi. Dr. Shah is married to Dr. Nighat Sultana, and they have two children. He is a car enthusiast, enjoys strength training, and is a fast bowler in the sport of cricket.

Dr. Sultana joined Northwoods Pediatric Center in 2002. She completed her post-graduate pediatric residency training at The University of Kansas Medical Center in Wichita, Kansas. She obtained her medical degree from Dow University of Health Sciences – Karachi. Dr. Sultana is a very devoted mother of two teens that keep her busy and on the run.

Dr. Jessica Mumme is a board-certified pediatrician who joined Northwoods Pediatrics in September 2020. She grew up in Cleveland, Ohio and received a bachelor in arts and science degree with honors from Cornell University in New York. She attended medical school at the University of Cincinnati College of Medicine and completed her pediatric residency in 2009 at Children’s National Medical Center in Washington, D.C.

After six years in practice in northern Virginia, Dr. Mumme relocated with her husband in 2015 to The Woodlands, TX. She has spent her career teaching both students and nurses, and currently serves as an assistant professor at Baylor College of Medicine as well as a clinical preceptor for Simmons College of Nursing.

Her passions include traveling, running, and spending as much time as possible with her 9-year-old twin girls and 6-year-old son. During her free time, she is a Girl Scout troop leader, as well as a basketball coach. Dr. Mumme has voyaged on 6 medical missions to Central and South America and completed a double major in Spanish literature and Latin American studies. She is fluent in Spanish and has worked with Spanish speaking patients throughout her career.

Dr. Farah Poonawala joined Northwoods Pediatric Center in 2020. She is a native Houstonian. She completed her Post-graduate pediatric residency training at UTMB in Galveston. She is a member of the American Academy of Pediatrics, Texas Medical Association, and Harris County Medical Society.

Share the latest information about research and advancements in pediatrics or keep up with news about our practice through Northwoods Pediatric Center, P.A.’s exclusive blog. 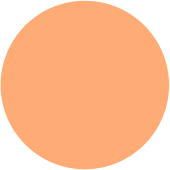 At Northwoods Pediatric Center P.A. in The Woodlands and Spring, TX, our pediatricians offer comprehensive pediatric services including sick child visits and well-child exams and vaccines.